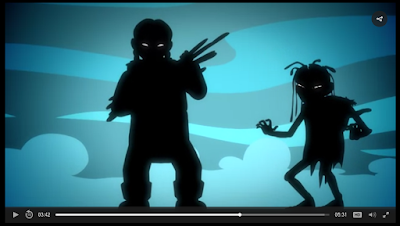 a little independent production i worked on back in 2015: i got the opportunity to storyboard and do the animatics for 28 of these puppies. a feat that nearly ending up killing this here fukker.

anyways, that didn't happen. hyperbole much?

Labels: Inuit stuff, next to nothing, next to nowhere, youtube. animation, zombies

the girl with the demon possessed umbrella 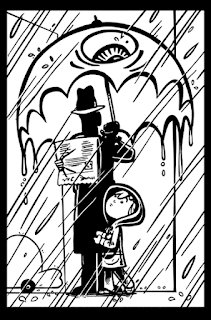 hopefully get a chance to colour this puppy in the near future
Posted by rick at 12.4.17 Links to this post 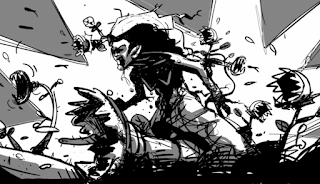 BATMANDEMO from rick thomas on Vimeo.
Posted by rick at 4.4.17 Links to this post 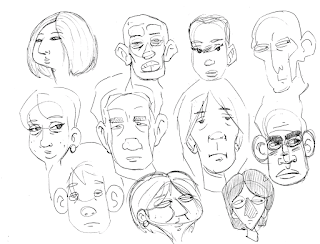 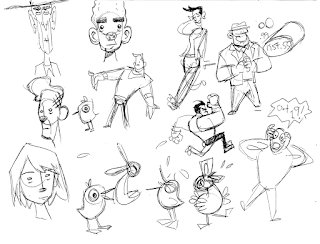 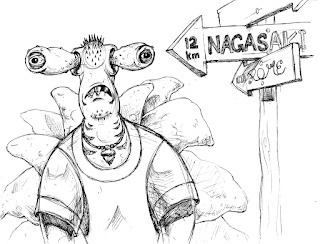 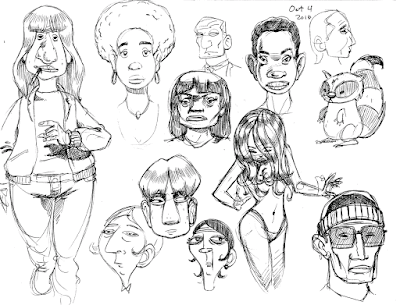 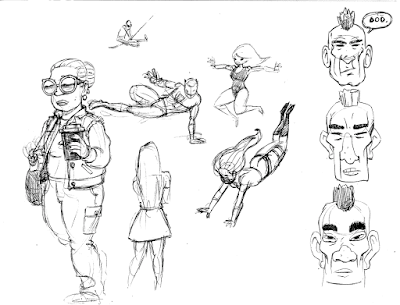 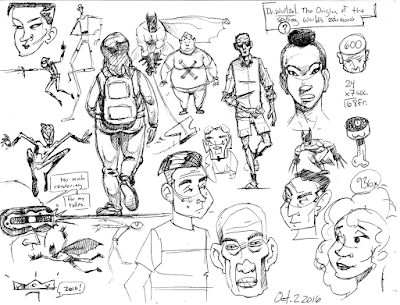 Labels: babes, batman, black canary, caricatures, cyclops, daredevil, doodle dump, faces, MARVEL, rough sketch, rough sketches, spider-man, wolverine
last year around november i was lucky enough to work on a little web series for teletoon francaise here in montreal. the script asked for a montage of images that were to run over the end credit. this ended up being cut from the final version for various reasons i'm sure. you can view the final cartoon here. forwarned; it's not exactly sfw. here are the images from my storyboard. i render upped the image quality also from what was delivered in my final board and actually added a gag or two. hope you like. 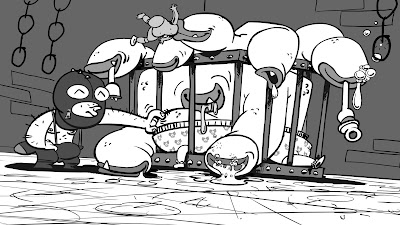 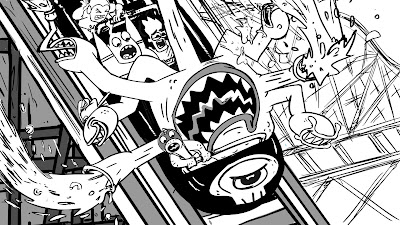 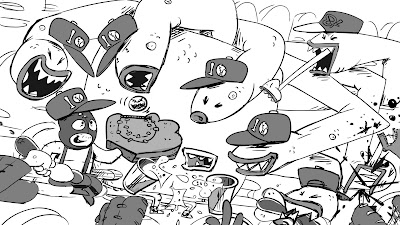 as i was making my into the comic con world, in support of my comic book endeavor, one thing that always peaked an interest in folks was my involvement with the original production on tmnt back in the early nineties- i even got a, ‘…you seem to be a little young to have worked on that.” yes, i blushed.

i thought it might be worthwhile to see what the response might be if i was to offer up some drawings of said turtles for sale to the comic con going public.

turns out there’s a market for that kinda thing at the most comic cons.

the first batch sold like gang busters at the toronto comic con in 2014 and have been part of my comic con repertoire ever since.

these are  a few that didn’t get snatched up 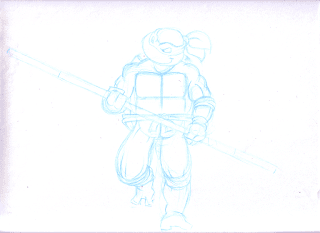 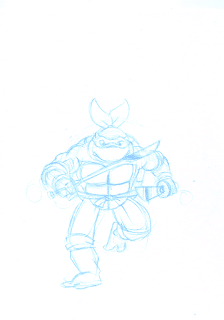 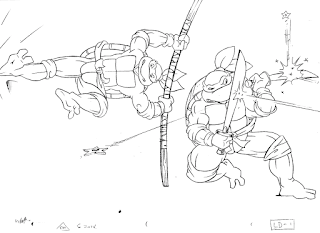 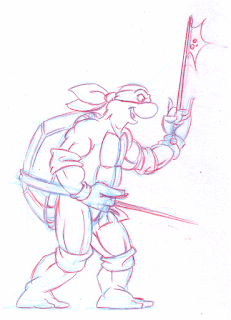 the michelangelos go fast and are the hardest to do, for me anyways, because of the chains.

and here's the actual video alluded too in the previous post

here, at the artist's you tube channel, you can view a slightly earlier version that may(or may not) have gotten released a little bit early


if you can spot the dozen or so differences you can win some original production sketches!
#lol
Posted by rick at 19.4.16 Links to this post 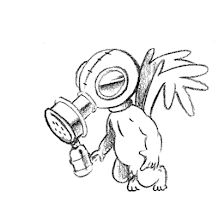